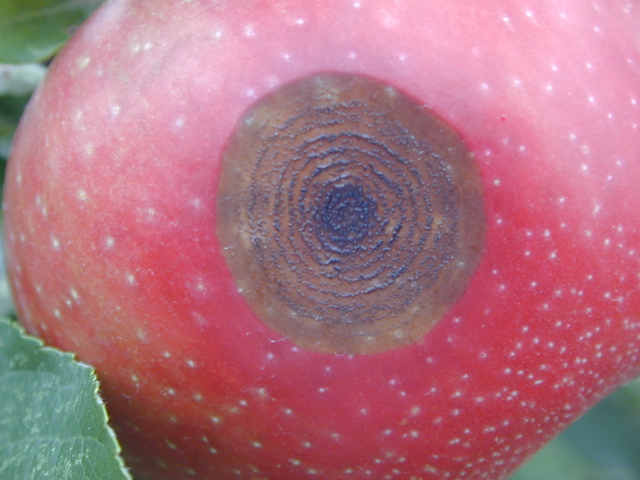 Bitter rot of apple is caused by the fungus Colletotrichum gloeosporioides. Sometimes symptoms first appear when the fruit is half grown, but more usually when it is almost full sized. The rot starts as small, light brown, circular spots which enlarge rapidly and become sunken. Affected fruit may have only one spot about 1 cm or more in diameter, or many smaller ones. The spots become dark brown to black with age. The fungus spores, which form pink masses on the brown spots, are sometimes arranged in concentric circles, giving the spots a target-like appearance. The rot penetrates deeply into the flesh. The disease occurs mainly in the warmer apple districts near the coast, attacking all varieties. The causal fungus survives the winter mainly in rotted and mummified fruit of the previous season. New-season fruit is first infected during warm, wet weather, usually after about mid-November. Spores spread from fruit to fruit and from tree to tree by rain splash.

How to control Bitter Rot