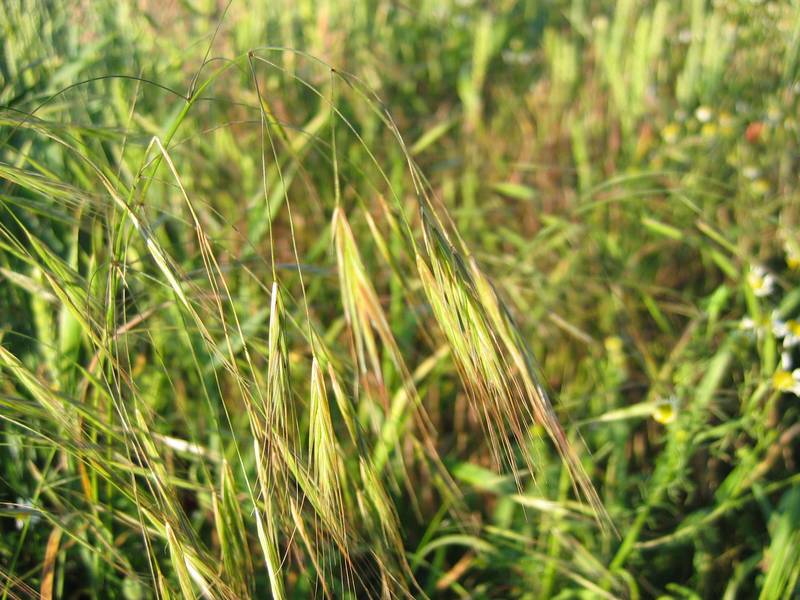 Brome grass is an annual grass weed widely distributed across the wheat belt of southern Australia. In crops and pastures this highly competitive weed can markedly reduce productivity with seeds contaminating grain samples and causing injury to livestock. Brome grass competing early in wheat at a density of 100 plants per square metre can reduce yields by as much as 30 to 50 per cent.

The two main brome grass species commonly found infesting crops of southern Australia are Bromus diandrus and B. rigidus, with accepted common names of great and rigid brome respectively. However, both species are commonly referred to as ripgut brome often resulting in confusion over correct identification.

Both species appear very similar in the early vegetative growth stages with hairy leaves and stem, however, they can clearly be distinguished at the reproductive stage. On examination of the panicle B. diandrus it was found to possess a more loose or nodding panicle in contrast to the erect or rigid panicle of B. rigidus. B. diandrus is widespread across southern Australia, while B. rigidus is limited more to coastal regions and is more common on calcareous sandy soils