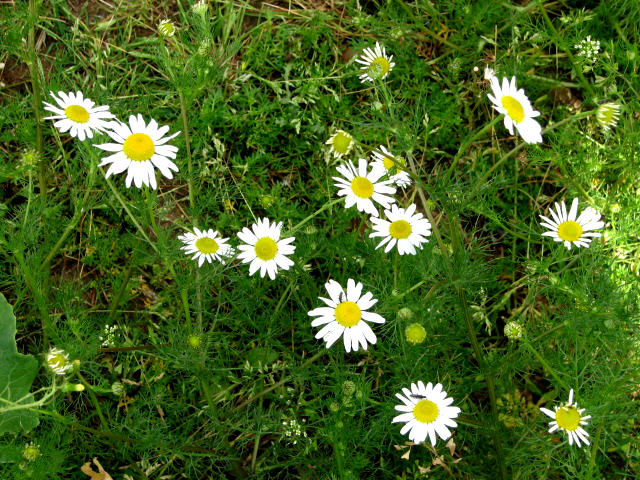 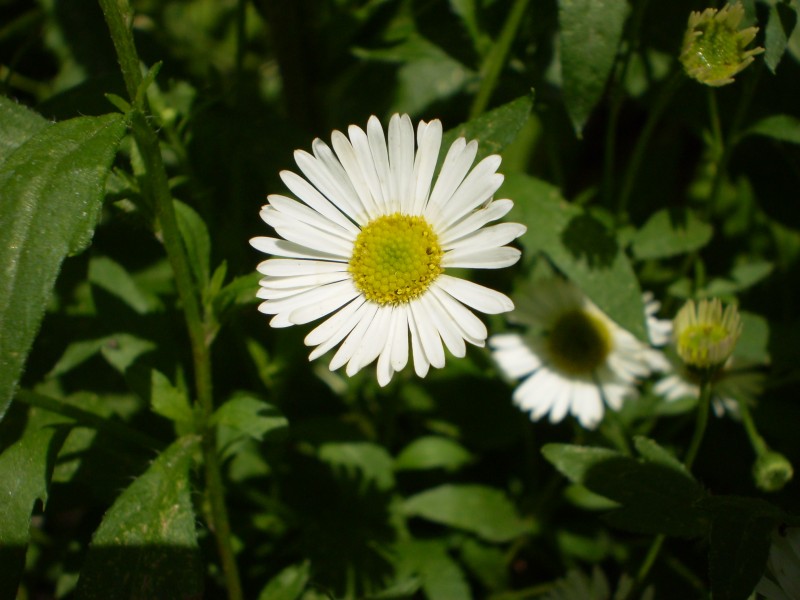 The true or Common Chamomile (Anthemis nobilis) is a low-growing plant, creeping or trailing, its tufts of leaves and flowers a foot high. The root is perennial, jointed and fibrous, the stems, hairy and freely branching, are covered with leaves which are divided into thread-like segments, the fineness of which gives the whole plant a feathery appearance. The blooms appear in the later days of summer, from the end of July to September, and are borne solitary on long, erect stalks, drooping when in bud. With their outer fringe of white ray-florets and yellow centres, they are remarkably like the daisy. There are some eighteen white rays arranged round a conical centre, botanically known as the receptacle, on which the yellow, tubular florets are placed- the centre of the daisy is, however, considerably flatter than that of the Chamomile.

How to control Chamomile