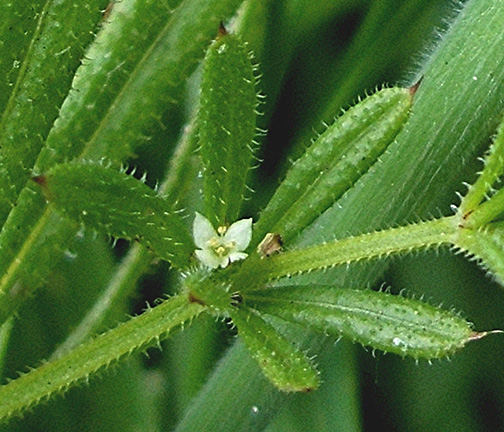 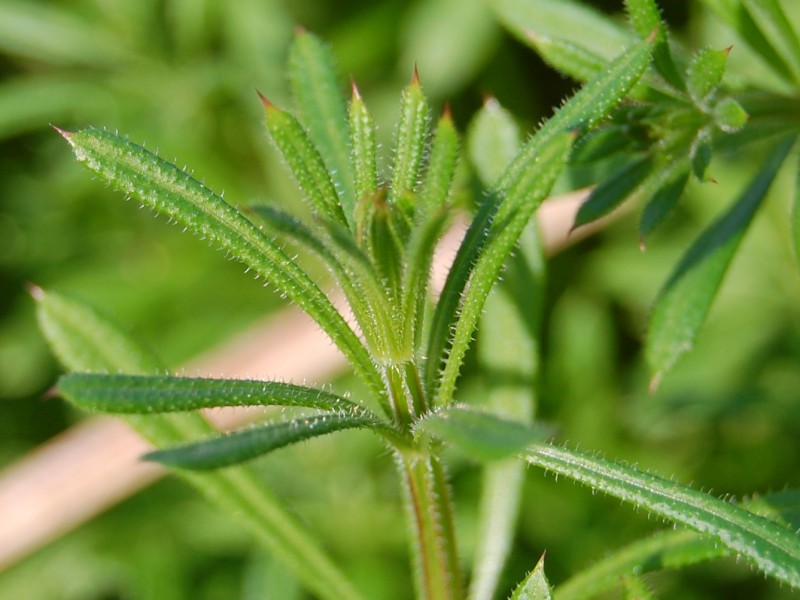 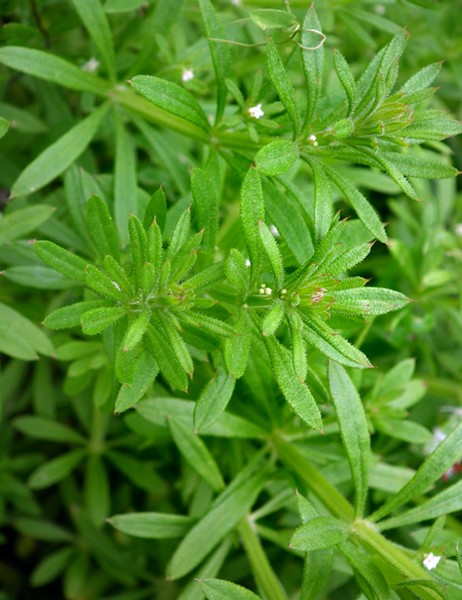 More common names for this weed are: Velcro weed, Velcro plant, sticky weed, barweed, bedstraw, burrweed, catch weed, cleavers, goosegrass, everlasting friendship, goose-grass, grip grass, hayruff, hedge clivers, mutton chops, robin run over the hedge, robin-run-inthe-grass, scratch grass, stickyweed, sticky-willy, or white hedge The plant originally is a native to Europe and western Asia (i.e. Eurasia) but its species is now very widespread and its exact natural distribution is obscure.This species is widely naturalised in Australia and is particularly common in the wetter temperate regions of south-eastern Australia (i.e. it is widespread and common in New South Wales, the ACT, Victoria, Tasmania and south-eastern South Australia). It is also occasionally naturalised in south-western Western Australia and in the cooler districts of south-eastern Queensland.

This is an annual, sprawling herb which has small hooks along the stems, at the tip and along the edges of the leaves and on the fruit. These hooks will catch (cleave) onto clothes, fur and feathers helping this plant to spread to new locations.

How to control Cleavers