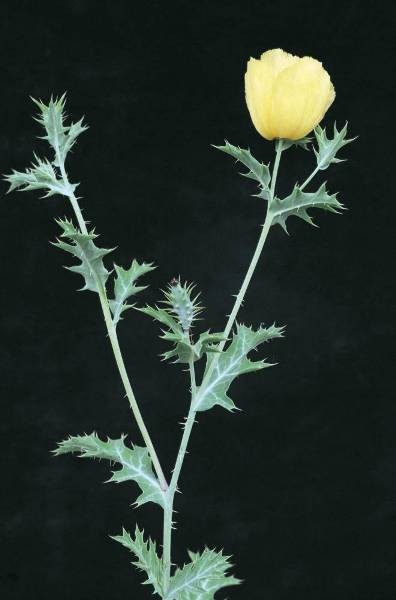 Mexican poppy is an erect annual herb growing to one metre high, with spiky leaves, bright yellow flowers and globular seed heads. It is poisonous to stock and humans, but is rarely eaten by stock due to its unpalatable bitter yellow sap; however contamination of stock feed with seeds of Mexican poppy may result in poisoning. Seeds can be spread in water, mud, fodder and grain, and on machinery.