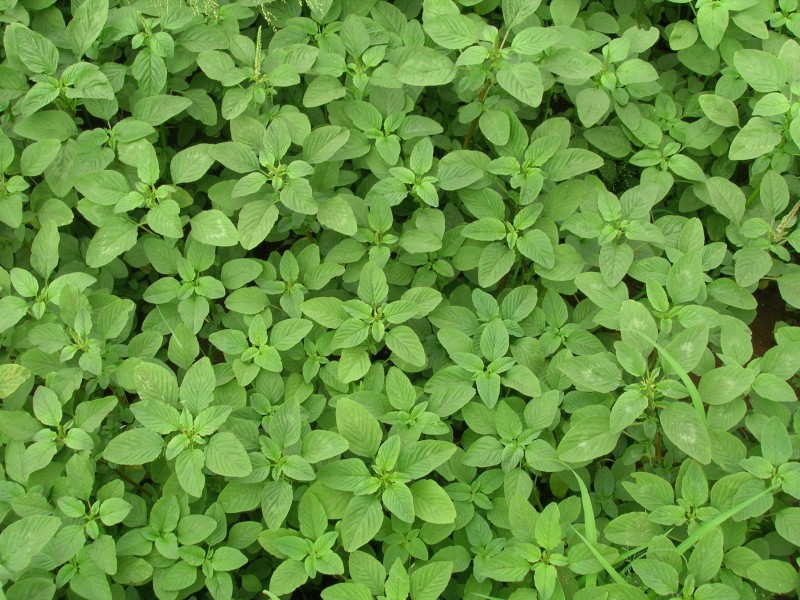 Needle burr (Amaranthus spinosus) is a summer-growing annual that originated in northern or central America. It is now widespread through tropical and subtropical countries and regions, and is recognised as a weed of many crops. It is increasingly being found in temperate regions.

In the Eastern States, needle burr is naturalised along the north and east coasts of Australia, including the Northern Territory, the east coast of Queensland, and the northern and central coasts of New South Wales. In these areas it is a relatively widespread weed of stockyards, wasteland, roadsides and occasionally, pastures, but it is not considered a weed of great significance. It was unknown in Western Australia until collected near Northampton in late April 2005.

One of its most distinctive features is the presence of large numbers of pairs of stiff spines, around 1cm long, each pair arising from the base of a leaf. As with many other thorny or spiny weeds, the sharp spines of needle burr deter grazing animals, and make the plant painful to handle.