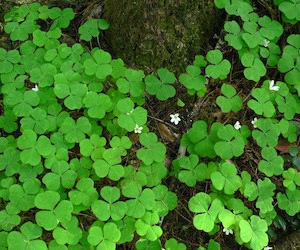 There are many different types of Oxalis which includes Soursob and Wood Sorrel, it is a major nuisance in lawns and should be treated as soon and as early as possible.

Oxalis is identified by it’s trifoliate leaf system with each leaf having a heart shape. Oxalis is usually topped off by a yellow or white flower with three triangular petrels which sits on top of a short stem.

Soursob is easily identified by it’s longer stemmed yellow flowers, the stem of which used to be picked and chewed on for their sour taste by many kids in years past.

Oxalis is considered such a problem weed for the reasons that it can be very difficult to kill, and that it spreads very easily in a variety of different ways. Its root system spreads very widely and as it does it also sets down multiple corms into the soil to begin new plants, and to more easily recover from attempts to kill it.

How to control Oxalis 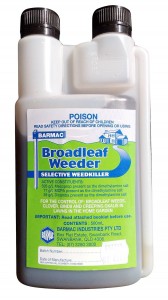 Broadleaf Weeder controls most broadleaf weeds in turf. A safe broad spectrum broadleaf herbicide that is suitable for use on all… Read More 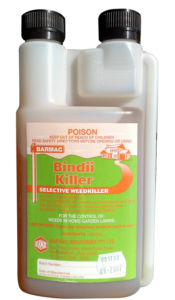