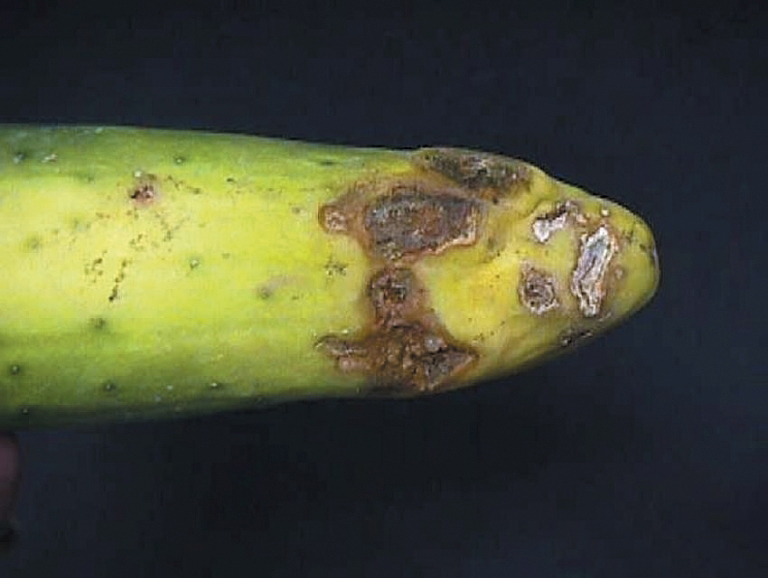 Rhizoctonia solani is a plant pathogenic fungus with a wide host range and worldwide distribution. R. solani frequently exists as thread-like growth on plants or in culture, and is considered a soil-borne pathogen. R. solani is best known to cause various plant diseases such as collar rot, root rot and damping off.  R. solani attacks its hosts when they are in their juvenile stages of development such as seeds and seedlings, which are typically found in the soil. The pathogen is known to cause serious plant losses by attacking primarily the roots and lower stems of plants. Although it has a wide range of hosts, its main targets are herbaceous plants. The pathogen is not currently known to produce any asexual (conidia) spores, though it is considered to have an asexual life cycle. Occasionally, sexual spores (basidiospores) are produced on infected plants. The disease cycle of R. solani is important in regards to management and control of the pathogen.