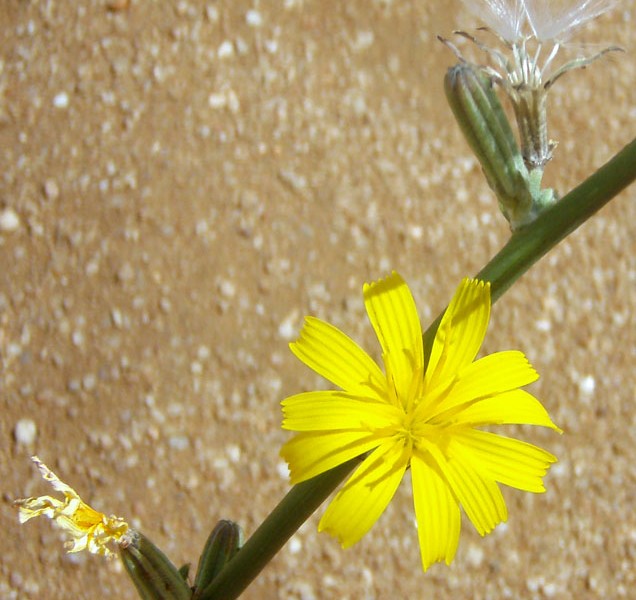 Skeleton weed is an erect, branched perennial herb growing to a height of 90 cm. Aerial growth dies in autumn with new rosettes appearing in autumn and winter.

Skeleton weed reproduces from a long tap-root and by seed.

Most seeds germinate when placed on the soil surface, with 90 per cent germinating when covered with 6-7 mm of soil.

It has parachute-like seeds which are easily spread by wind.
With their scales and tooth-like projections, the seeds become attached to wool and almost any fabric or material. They can also become caught in the crevices of machinery, vehicles and equipment. Contaminated hay and chaff have also been major modes of dispersal for this weed.

Cultivation is a major cause of local spread. When small patches are cultivated, the top 8-10 cm of roots are cut and dragged to clean areas. If soil moisture is adequate, these pieces produce fibrous roots and new plants develop.