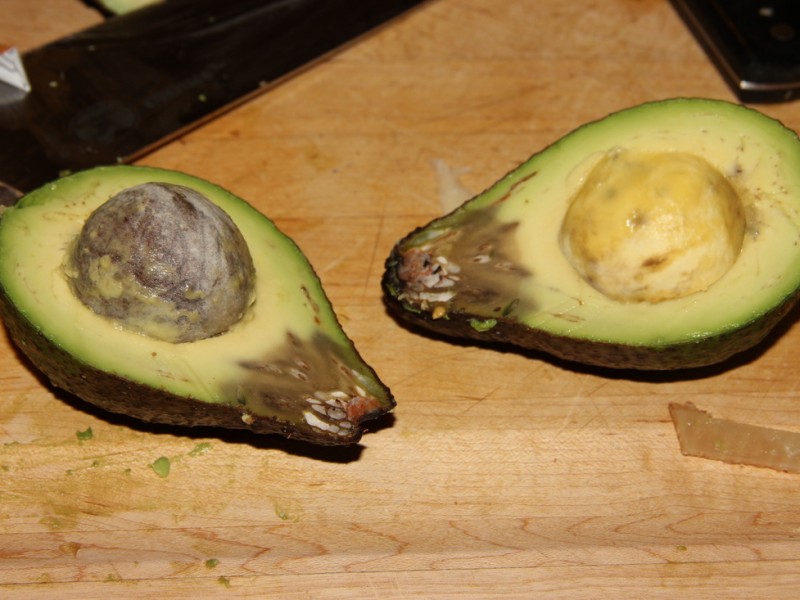 Decay from stem end rot begins as slight shriveling around the stem button. Fungal mycelium are often visible on fruit if the button is removed. Conspicuous dark decay with a well-defined margin develops at the stem end. As fruit ripens, decay spreads and rots the entire fruit, which becomes dark and shriveled. Depending on the causal organisms, flesh may be watery and soft, or initially dry and corky, becoming watery later as secondary organisms colonize tissue. Decay at the stem end of fruit is caused by the several species of bacteria and fungi including the fungi Lasiodiplodia and Dothiorella spp. These stem end rotting species are saprophytes (decay organisms) or weak pathogens, which are present in soil and most dead or dying avocado tissue, including senescing flowers and injured bark, fruit, and leaves. Spores spread in wind and splashing water.
Stem end rot infection typically occurs in the grove during harvest, but does not develop into disease until after fruit is shipped to the packinghouse. Harvesting injures fruit around the button, and bacteria and fungi can enter the freshly cut stem, causing decay as fruit ripens.

How to control Stem End Rot in Avocado 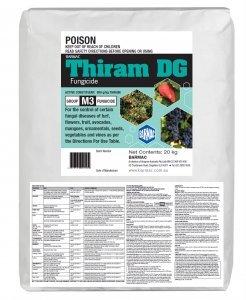