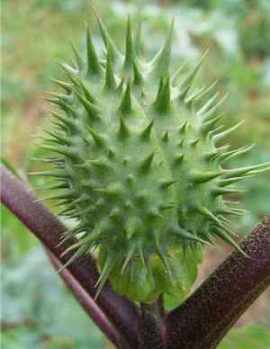 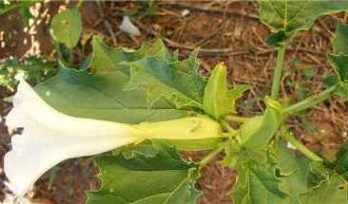 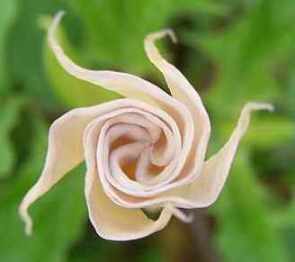 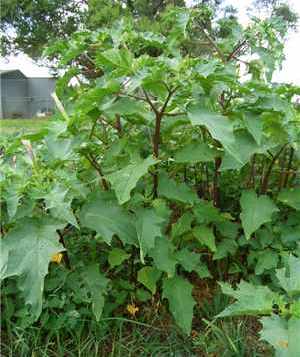 The thornapple weed competes strongly with summer crops in many areas of the world. It was introduced into Australia in the 1800’s. It is the most common of the thornapples in Australia. It has flowers that are 6-10cm long with a capsule with >100 slender spines of various lengths that are evenly distributed.  Datura stramonium has white flowers 4.5-6cm long with the capsule having 40-60 stout spines with the spines towards the base usually being shorter. Datura stramonium and Datura ferox have capsules erect on a straight stalk with the seeds being black or grey. Datura leichhardtii, Datura metel, Datura inoxia and Datura wrightii can be differentiated from these two species as their capsules are held on a curved stalk, with the seeds being brown or yellow. All parts of the plant are toxic to livestock and humans. It is malodorous (evil-smelling) and has a bitter taste. Usually this deters consumption by livestock. A purple flowered form of Datura stramonium is Datura tatula.

How to control Thornapple