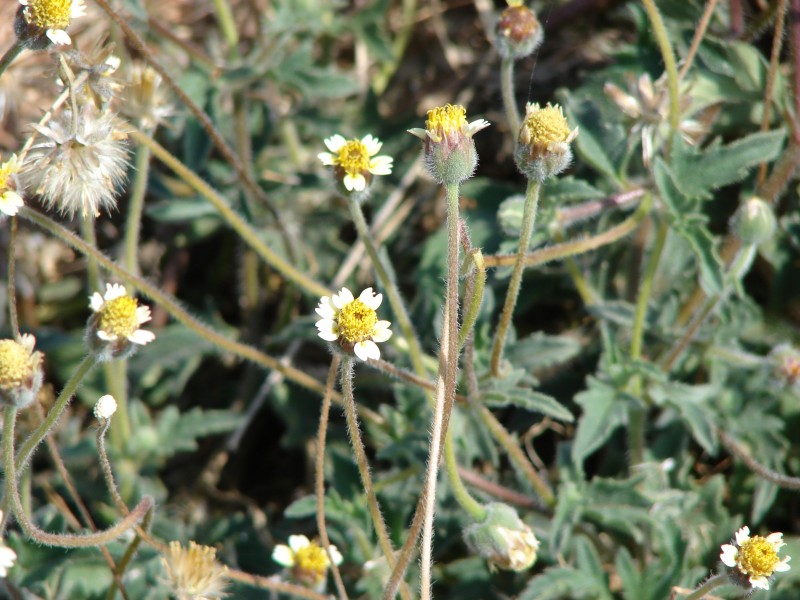 Tridax procumbens, commonly known as tridax daisy, is a species of flowering plant in the daisy family. It is best known as a widespread weed and pest plant. It is native to the tropical Americas but it has been introduced to tropical, subtropical, and mild temperate regions worldwide. The plant bears daisy-like yellow-centered white or yellow flowers with three-toothed ray florets. The leaves are toothed and generally arrowhead-shaped. Its fruit is a hard achene covered with stiff hairs and having a feathery, plume like white pappus at one end. The plant is invasive in part because it produces so many of these achenes, up to 1500 per plant, and each achene can catch the wind and be carried some distance. This weed can be found in fields, pastures, croplands, disturbed areas, lawns, and roadsides in areas with tropical or semi-tropical climates.