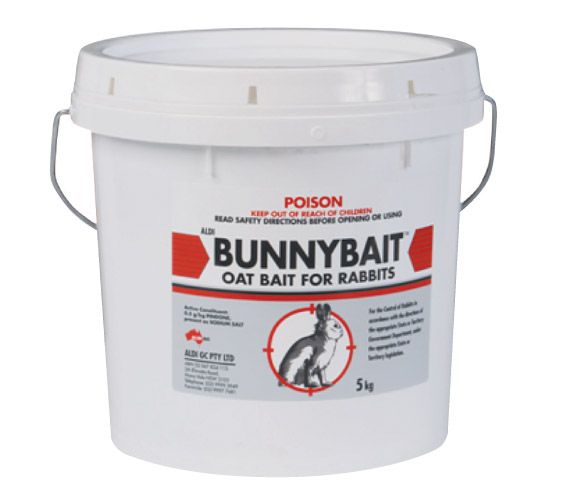 Bunnybait has evolved from more than a decade of intensive rabbit control operations from a leading Vertebrate Pest control company.  Many if not most suburban/industrial rabbit populations involve situations were control by fencing, warren destruction or fumigation is simply not sufficient to achieve a high reduction or is too expensive to carry out.  The most effective control consists of strategic poisoning with the anticoagulant point, pindone (similar to rat poison), combined with one or more of the above.

Areas of Use:  Farms, Parks, Fields