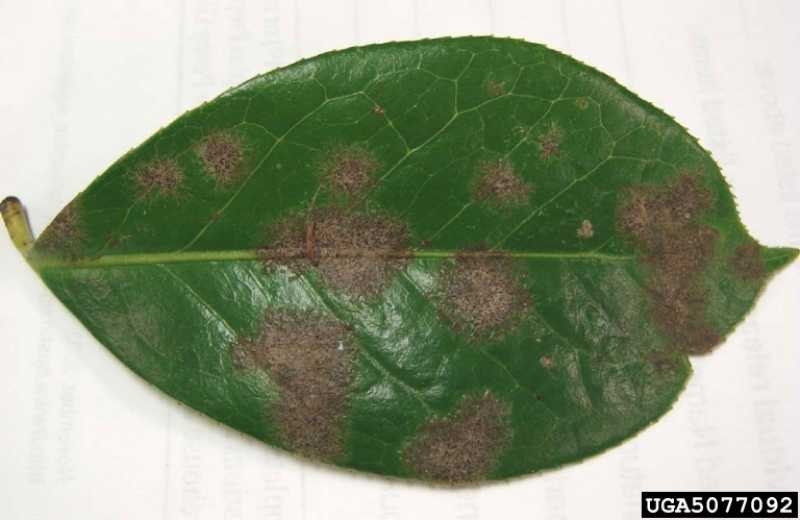 Algal leaf spot  is a foliar disease most commonly seen in warm humid climates or in greenhouses. The causal organism is Cephaleuros virescens, a green parasitic alga whose usual hosts are plants with leathery leaves such as cotoneasters, magnolias, hollies, rhododendrons and viburnums. Algal leaf spot is sometimes called green scurf because the spots may have a crusty, fuzzy or flaky appearance. Algal leaf spot is characterized by grayish, green, brown or orange cushion-like blotches on the leaf surface. Some hosts may also have diseased twigs and branches that are girdled and stunted with reddish brown fruiting bodies. The spots are generally 1/2 inch or less in diameter although they may coalesce to form larger colonies. Leaf tissue may die beneath the spots and the leaves may yellow and drop prematurely.

How to control Algal Leaf Spot