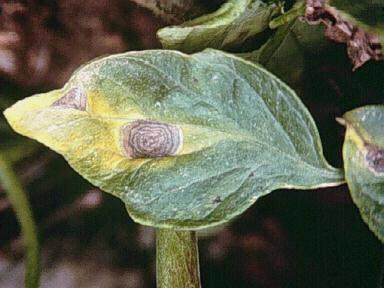 Common on celery, tomato and potato plants, early blight is caused by the fungus Alternaria solani, and occurs throughout the main production regions. It first appears on the lower, older leaves as small brown spots with concentric rings that form a “bull’s eye” pattern. As the disease matures, it spreads outward on the leaf surface causing it to turn yellow, wither and die. Eventually the stem, fruit and upper portion of the plant will become infected. Crops can be severely damaged. Early blight overwinters on infected plant tissue and is spread by splashing rain, irrigation, insects and garden tools. The disease is also carried on tomato seeds and in potato tubers. In spite of its name, early blight can occur any time throughout the growing season. High temperatures and wet, humid conditions promote its rapid spread. In many cases, poorly nourished or stressed plants are attacked.

How to control Early Blight 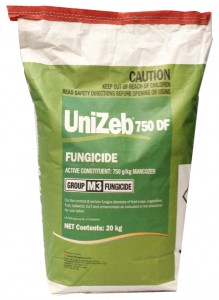