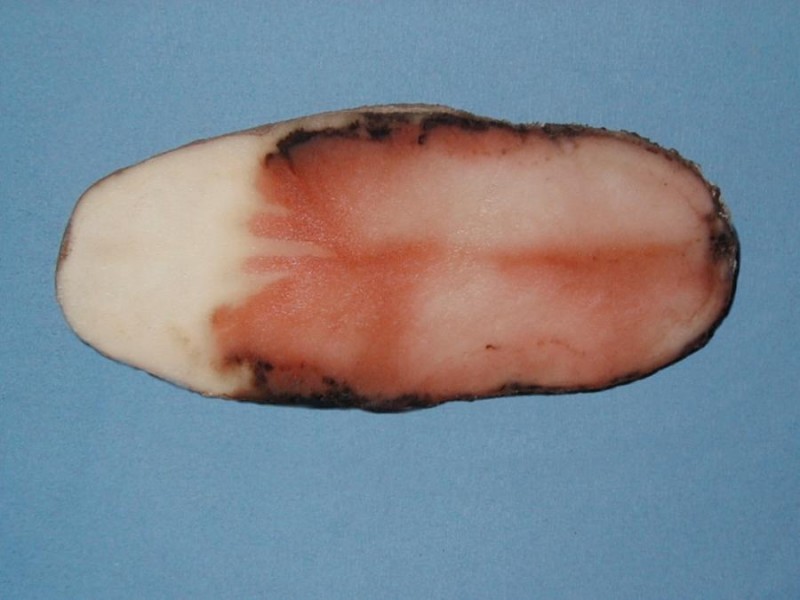 Pink rot, caused by Phytophthora can cause significant potato storage losses. Pink rot can often be found in the field before harvest. Infected tubers will appear dark and may be wet. When tubers are sliced open, infected tissues often turn pink or salmon colored after exposure to air for twenty to thirty minutes. Pink rot usually begins from the stem end of the tuber and then progresses through the tuber in a uniform manner, often with a nearly straight line between the healthy and the diseased portions of the tuber. Pink rot by itself is not a slimy soft rot, but infected tissues are easily invaded by soft rot bacteria which cause tubers to break down. The pink rot pathogen survives in the soil by producing oospores. In the presence of potatoes, oospores germinate to produce mycelia and sporangia. When the soil becomes wet, sporangia can germinate directly, or release swimming spores called zoospores. Zoospores respond to chemicals released by the potato plant and swim toward potato roots. Once roots or stolons are infected, the pink rot pathogen can grow into the tuber. Severe plant infection can result in wilting symptoms in above-ground stems. Tubers can also become infected directly through eyes or lenticels during prolonged periods of high soil moisture. The pink rot pathogen readily produces oospores in the potato plant, and these oospores are returned to the soil when the potato vines are killed.

How to control Pink Rot 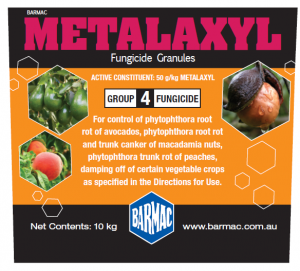