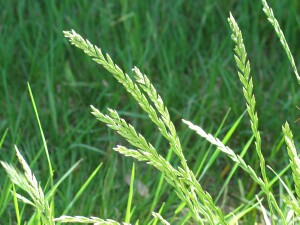 Ryegrass is the most important cultivated temperate grasses. Also grown in subtropical areas of Australia, S America and S Africa; in the tropics, ryegrass is grown to a limited extent at high altitudes, e.g. in Colombia or Kenya, ryegrass is grown above 2400-2500 m alt. Often sown in mixtures with white clover. L. multiflorum is less persistent, dying out after 2-3 years of productive growth. It withstands drier and hotter conditions better than L. perenne and in the tropics it can be grown at somewhat lower altitudes than the latter.

Lolium contains some species which are important grasses for both lawns, and as pasture and for grazing and hay for livestock, being a highly nutritious stock feed. Ryegrasses are also used in soil erosion control programs. It is the principal grazing grass in New Zealand where some 10 million kilograms of certified seed are produced every year. There is a large range of cultivars. The primary species found worldwide and used for both lawns and as a forage crop is perennial ryegrass(Lolium perenne). 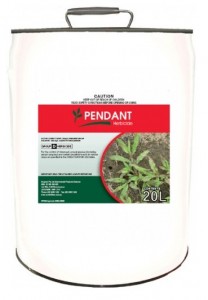 Pendant herbicide is a pre-emergent herbicide containing 330g/L of the active ingredient Pendimethalin.  It is registered for the control of Summergrass,… Read More

Sedgehammer is for the post emergent selective control of nutgrass in sugarcane, corn, sorghum and cotton and nutgrass and mullumbimby couch… Read More