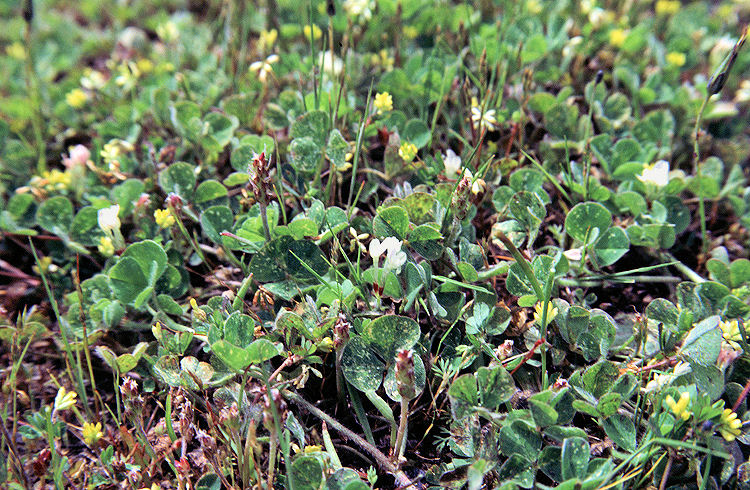 The name Sub Clover comes from its underground seed development (geocarpy), a characteristic not possessed by other clovers.

It can thrive in poor-quality soil where other clovers cannot survive, and is grown commercially for animal fodder. There are three distinct subspecies used in agriculture, each with its own ideal climate and soil type, allowing for wide distribution of the plant over varied environments.

The technique of mixing the subspecies in one field is popular as a method of ensuring a dense crop. Also, subterranean clover is sometimes mixed with alfalfa for a longer-lasting grazing pasture.

This species is self-fertilizing, unlike most legume forage crops such as alfalfa and other clovers, which are pollinated by insects, especially honeybees. The flowers of subclover are often located beneath its leaves and are low in nectar, making access both difficult and unappealing for bees. These characteristics also make the plant less attractive to certain types of pest insects.

Subterranean clover is one of the most commonly grown forage crops in Australia.  It is also grown in places such as California and Texas, where the extreme ranges of soil type and quality, rainfall, and temperature make the variable tolerances of sub clover especially useful.